Impressions of iOS7 after a week

By Victor Oshiro | Posted September 24, 2013 at 09:49AM
After a week with iOS7 I think we can finally weigh in. We weren't lucky enough to get a pre-release evaluation peek at the OS or new iPhone 5s and 5c so like you we had to download the OS, update, and install. I think that there were conflicting reports out there, some even warning users not to upgrade but we'll give you our input and hopefully that will make it easier for you to decide if this is something you want to try.

First warning here guys. You'll need at least 3 GB of space available on your phone. After the install you'll have about the same amount of free space but there is no getting around the fact that if you don't have 3 GB of free space you can't move forward. I ended up deleting a lot of duplicate photos and a few apps. Now you want to make sure that your wireless connection isn't flaky. Half way through the process I got interrupted and had to start all over. That brought a prompt that I was again below 3 GB of free space. You guessed it. I had to delete even more stuff on my phone to move on.

The install itself was actually quite slow on my 4s once all the files were downloaded. How slow? Does an hour seem a little long to you? I've gone through many OS updates with my phones and this one by far took the longest. Keep in mind that during this process you can't use your phone to make calls, texts, or anything. Its basically a pretty little box that you get to watch a progress bar on. Anyone who survived Win95 and modems on the internet will find this amusing. I think younger up-daters will be climbing the walls. You've been warned - fire up a movie on Netflix. You just can't do that on your phone during this process.

Keep in mind that I'm updating an iPhone 4s. My son has an iPhone 5 so I'm including his experiences also. Let's get to the new stuff.

New for users is the Control Center which is accessed from swiping upwards from the bottom of the screen. Now volume, airplane mode, blue tooth, sleep, brightness, music menu, and a couple of new apps are available. What I really like about this is even when your phone is locked you can access this panel with a swipe upwards. I hate having to unlock my phone to set it to a different volume and double tapping the home button let me access music before but this is a little easier to see. The new apps are a flashlight app (finally), stopwatch, calculator, and your camera. Camera was available with the phone locked before but now you have new options. Before you could get video or picture mode. Now you have a square mode which is useful for apps such as Instagram, and a new pano mode which lets you take large panographic pictures. Rotate in place and you can now take 360's. I could be wrong but it seems like the focus is faster now too. Obviously with the 5s you get a better camera so these new features will be of greater usefulness.

Icons. This is a love hate part of the OS update. Many app publishers started putting out updated versions of their apps before iOS7 so we had a glimpse at the new apps. Apple has described this new look as more transparent. Old icons generally had dark backgrounds and bright surfaces with shadows. Now to my eye they are all pretty flat. No drop shadows, transparent backgrounds, and they all seem to be drawing from the same palate of colors. I'll agree that its a more integrated look but I don't think this was the Earth shaking change we were promised. To me its more cartoonish looking but this shouldn't be a reason not to update to my mind. 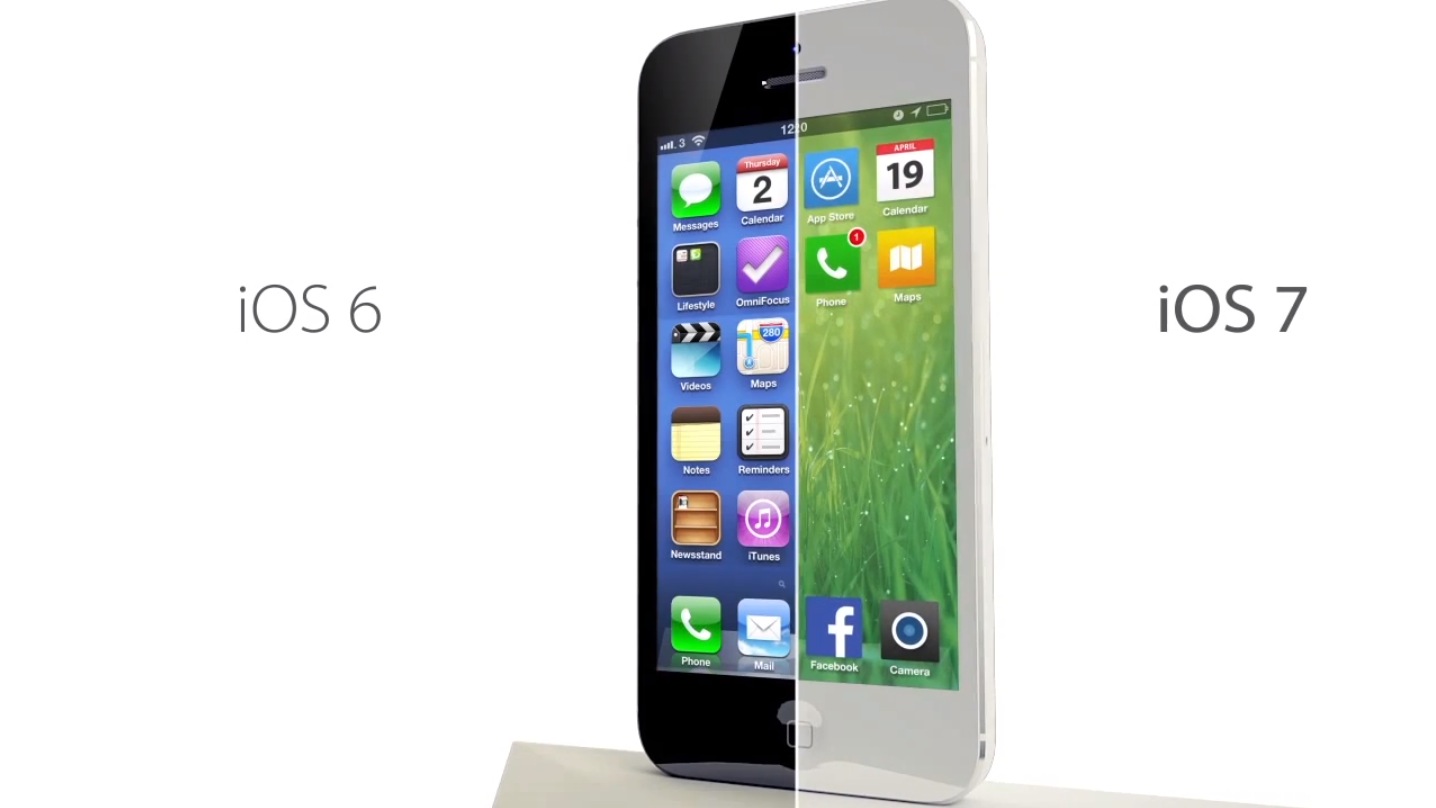 Is It Stable? Performance?

iOS 7 has been very stable for me. Consider I'm using a last generation phone and that's pretty impressive. Credit Apple for scheduling app updates before the release of the OS. Previously my last version of the Facebook app would crash at times with iOS 6. This is finally fixed in iOS 7.

Now with stability comes the question of performance. Considering that the hardware hasn't changed - I still have the same CPU and memory - so no there isn't a huge performance boost to speak of. That said I've noticed that my most CPU intensive game - Real Racing 3 - has stutters now where it didn't before. Your mileage may vary but if you play CPU intensive games then this OS does have more running in the background. During normal use in the OS the performance change isn't noticeable - add a game and perhaps you'll find you have stutters too. Keep in mind I have a 4s. If you have an iPhone 5 you have more processing power so perhaps this won't happen to you. Because of this performance drop in gaming I'm not going to recommend anyone with a phone older than the 4s update at this time.

Speaking of performance you need to know there are a couple of new options in your settings menu. Background App Refresh does just what it says - allows certain apps to download updates even while the phone is locked. This can slow performance while using certain apps but more importantly it is a battery eater. Battery life was a problem with iOS6 and iOS7 can offer similar battery life to iOS6 if this option is disabled.

In your privacy menu you will now find an innocuous looking option named Advertising. This allows you to enable or disable targeted ads via Ad Tracking. What's a little odd here is usually in Apple menus you enable an option. With this when you enable (turn on) you are disabling ad tracking. This is counter intuitive and hopefully not an attempt to keep people from disabling this.

I'm going to suggest that anyone with an iPhone 4s or newer go ahead and tackle this update. The look is different and has a few good features added but more important is what we can't see in the background - security and stability. Running an old OS leaves old vulnerabilities in your phone. I'm hesitant to recommend it with older phones though due to the OS's higher CPU load. I'm sure it will run but lag vs. usefulness really has to be considered.

If you are updating the OS you aren't getting the best features of the new iPhone 5s which is its fingerprint reader, better CPU (64 bit now), and much better camera. If those things aren't priorities to you update away. I'm hoping that some of the performance issues I noticed in games will be fixed with future updates of those apps.