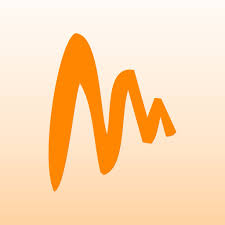 Cache songs from your library or Sound Cloud

Limited to the audio quality of the original streaming site
I got an email not too long ago telling me about the Musi app. I hadn't heard of it previously but I've been noticing that most music streaming apps I've been using have been having trouble with streaming. Currently Musi is only available for Apple products, but I was intrigued that it can stream not only from  YouTube but Sound Cloud and also from music on your device in your library. That's pretty cool in my book. Add that its a free download from the App Store and I figured I had to give this one a try.

Once installed I fired it up and was surprised to see that I was immediately greeted by a search bar. Input the name of a band and the app finds videos from YouTube to pull the audio stream and options from Sound Cloud and from my library also. I selected Iron Maiden as I wanted a band that is prolific and not a new artist. I was immediately greeted with full albums that have been added to YouTube as well a 3.5 hour long playlist. Sound Cloud was kind enough to provide lots of songs to add and my library rounded out with some of the newer albums from my library. In total I had an option to play about 12 hours of music.

How does it work?

Since we're grabbing audio from other sites we're limited to their audio quality. This is generally 96k but high quality audio is an option in the Musi app and thankfully 128k does pop up from time to time. More importantly, I wasn't getting the stutters in the songs that I get from other streaming apps. Seems odd but those other apps are larger programs so I'm guessing there are a lot more CPU cycles going on in the background. Musi is small and works great. There are in app advertising but the advertising bar is very small but we'll discuss that later.

With the app in the background I noticed other apps and web browsing weren't affected. Again being a small program is very useful on a mobile device. Should you decide to listen to music away from a WiFi source you can cache songs in the app for playing. Sadly this is only available with your own library and Sound Cloud as YouTube won't allow its content to be cached. Again we're limited by the other programs but the ability to cache is a nice feature.

I next searched a popular artist: Taylor Swift. I was greeted with a tremendous amount of results. I had to keep tapping add more results to see all the search hits and obviously I could have created a playlist of tremendous size. Create a playlist, then go to the search option and add different artists to make a nice mix. Pretty easy to figure out without reading a huge help file. I created a jazz playlist that was about an hour long in about a minute of use in the app. That's impressive as you obviously can't do that by streaming directly from an app like YouTube.

I highly recommend Musi. Its a clever way to get lots of music only the trade off is the small advertising bar. But guess what? The advertising bar is only used in the search window. In the 'now playing' screen there is only a small option to pay to remove ads at the bottom of the screen. Other streaming apps have huge advertising often that interrupt the music. Advertising is almost unavoidable these days. To add an app to the App Store you have to pay Apple and you have to be able to recoup that somehow. Obviously this site has advertising for many of the same reasons. I appreciate that the advertising bar is very small in this app but there are those who will balk at paying to remove them. I say with such a small area devoted to advertising I can ignore it.

The app itself works great and allows you to cache songs to your device from Sound Cloud and your own library. Other streaming apps can't do that.